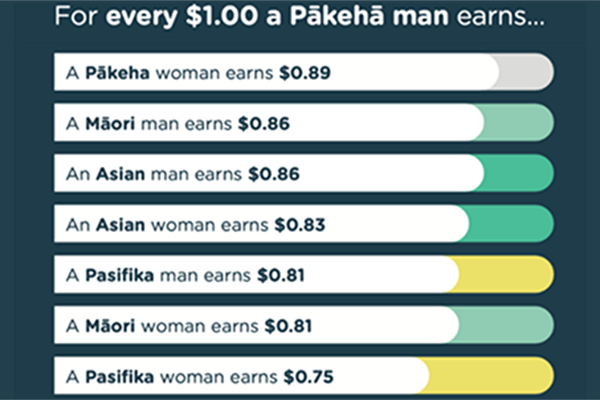 The MindtheGap campaign has launched a petition calling on the Government to make pay gap reporting mandatory for businesses in New Zealand.

MindtheGap was launched in tandem by Strategic Pay and the Gender Tick. Campaign Delivery Manager Nina Santos says the petition is asking for new laws requiring businesses to publish each year the difference between what their male and female employees earn and what the pay gaps are between different ethnicities.

The petition states that international evidence shows that mandatory reporting can reduce gender pay gaps by between 20 to 40 per cent.

“It’s worked overseas. When countries like the UK did this, wages for women went up. For example, we estimate if similar rules were applied here, it could mean up to an extra $35 dollars a week in pay for women,” Nina says.

“Many women and people in our Māori, Pasifika and other ethnic communities earn much less than they would if they were a Pākehā man. That’s not fair. It’s not the Kiwi way. The playing field is tilted against too many.

Requiring big employers to report pay gaps will help reduce child poverty and help end discrimination that impacts on the nation’s wellbeing, the aspirations of Māori, of Pasifika, and of other ethnic groups.”

“Employers need to look at why certain groups in their organisation are earning less.”

For instance, data from a recent study published in the Harvard Business Review indicated that an 11 per cent gap in the take-home pay between male and female bus and train operators in Massachusetts could be partly attributed to women being less likely to accept last-minute overtime shifts due to family and caring responsibilities.

“While we know bias has a part to play, we also need to review our policies and systems to ensure they are not contributing to pay inequity.”