New Zealand Parliament most diverse ever

New Zealand Parliament most diverse ever

The 2020 general election has paved the way for an array of diverse candidates to enter Parliament, which is cause for celebration, says Diversity Works New Zealand Chief Executive Maretha Smit. 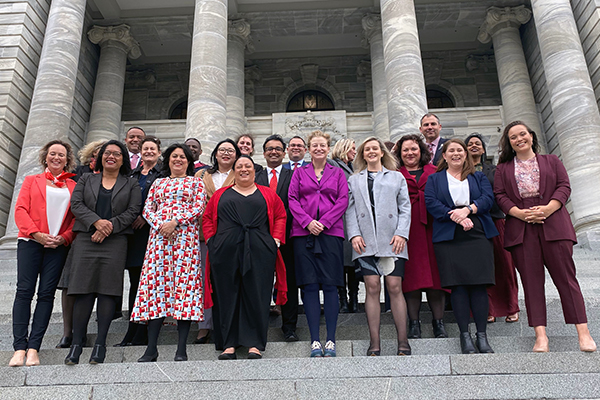 New Zealand's first African, Latin American and Sri Lankan MPs are among the 40 new faces entering Parliament, and the total representation of women is close to 48 percent which is a historical high.

There are also 12 MPs who are members of the Rainbow community in Parliament.

Maretha says ensuring all groups and sectors of society have representation in Government is essential to establishing equality in Aotearoa.

The diverse make-up of New Zealand’s Parliament made headlines locally and around the world.

Stuff.co.nz reported that New Zealand’s incoming Parliament will be its most inclusive ever, with several people of colour, members of rainbow communities and a high number of women set to take their political seats in the capital.

Dr Lara Greaves from the University of Auckland said Labour had really tried in their list rankings to bring in people from diverse backgrounds.

Globally, theguardian.com reported that Labour won 64 of the 120 parliamentary seats, and more than half of those are female candidates.

“This is the most diverse parliament we have ever had in terms of gender, and minority ethnic and indigenous representation,” Massey University Distinguished Professor Paul Spoonley said in the article.

New Green Party MP and LGBTQI+ activist Elizabeth Kerekere spoke to Australian media outlet ABC, saying it was vital that "people have the opportunity to take part in the decisions that affect their lives", and she wanted to make sure decisions are viewed through a Māori and rainbow lens.

The article also looked at how the diversity of Australia’s federal government compares to New Zealand’s new Parliament.