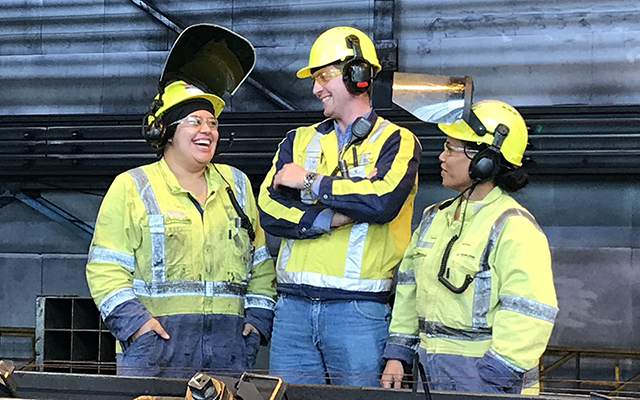 The 2019 New Zealand Workplace Diversity Survey has highlighted some of the key questions organisations need to answer in order to create and maintain inclusive workplaces.

This annual research, carried out by Diversity Works New Zealand in partnership with Massey University, provides an understanding of how our organisations see and respond to diversity in the workplace.

“This year’s survey results have given a clear indication of areas that workplaces across the public and private sectors need to focus their attention on,” says Diversity Works New Zealand Chief Executive Rachel Hopkins. Here are five pivotal questions for people leaders committed to making positive changes in 2019.

Are women well represented in your decision making and executive roles?

“Gender equity is becoming more of a priority for New Zealand businesses, ranking significantly higher in our survey this year than last. But having a policy on achieving better gender equity is not enough. Do you have programmes or interventions in place to ensure you meet your targets and are you on track?” says Hopkins.

What initiatives do you have for engaging your ageing workforce?

Aging was the only diversity issue considered less important by organisations in 2019 than it was in 2018 and it remains the diversity issue for which businesses are least likely to have a programme or policy in place to address.

“Through the next decade, we will see a doubling of those aged 65 or over – and it’s clear that 65 is no longer the age of retirement. Given this structural and numerical ageing, and ongoing challenges of skills scarcity, it is puzzling that so few firms have policies on ageing.”

What action can you take to remove bias from your recruitment and promotion processes?

The survey revealed a growing awareness of the impact bias has on workplace decision making, with 63 per cent of organisations indicating it’s an important issue compared with 42 per cent in 2018. One of the biggest areas of concern noted was that bias affects decisions around recruitment, promotion and pay, up from 19 per cent of respondents in 2018 to 54 per cent this year.

“There are simple strategies organisations can put in place throughout the whole employee life cycle to mitigate the impact of bias,” Hopkin says. “We are regularly working with our members to review their processes and recommend changes. Usually these don’t involve any extra cost or changes to policy.

What initiatives do you have for recruitment and career development for people living with disabilities?

“Our survey showed that private organisations are less likely than the public sector to have a policy to address accessibility in the workplace. Employers who leave this potential workforce untapped risk missing out on skilled, highly motivated workers,” says Hopkins. “There is a huge amount of expertise and support available to help employers connect with this talent pool and successfully include them in their organisation.”

Are all your people leaders confident around implementing your diversity and inclusion policies?

Organisations surveyed reported that the most common method of addressing diversity in the workplace was giving it consideration in relevant HR policies, an approach adopted by 67 per cent of respondents. But these policies are only effective if they are followed throughout your business and utilised by all staff.

“Diversity cannot thrive without a culture of inclusion.” Hopkins says. “The hallmark of an inclusive workplace culture is confident, inclusive leaders. How are you supporting your people leaders to understand and implement your diversity and inclusion vision day to day?”

Special note: Religion was selected as an important diversity issue by only 12 per cent of organisations surveyed. However, it should be noted this data was collected prior to the Christchurch mosque attacks.