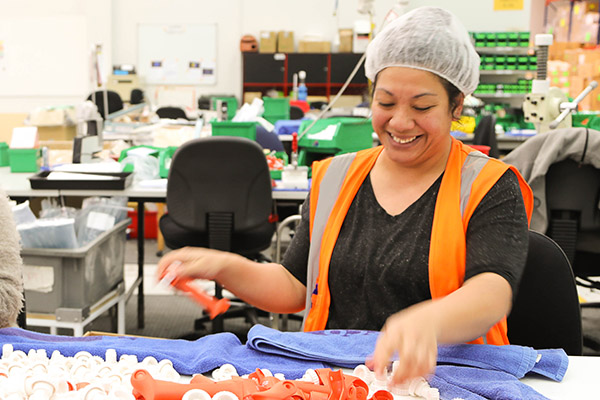 New Zealand workplaces will need to strive to maintain a diverse and inclusive culture as our businesses recover from the Covid-19 fallout.

The 2020 New Zealand Workplace Diversity Survey identified wellbeing, gender equity and bias as the three most important diversity issues in Kiwi organisations. The data was collected from more than 900 participants in the public and private sectors during February and March this year, before New Zealand entered the Alert Level Four lockdown, which is having an ongoing impact on our economy and business performance.

“These issues that were important at the start of 2020 will become even more so in a post-Covid-19 world,” says Diversity Works New Zealand Chief Executive Maretha Smit.

“Research shows us that an inclusive culture encourages creativity and fosters an innovative organisational spirit, boosts morale and engagement for employees and leads to better problem solving and decision making.”

“These are key to organisations thriving in times of disruption.”

Therefore, when businesses are making tough decisions about the future structure of their workforce, they must ensure they retain those hard-won diversity gains, Maretha says.

“We must mitigate against bias when we need to right-size our organisations. We need to support our valued workers across the spectrum of gender, age and disability. We need to address the cultural stigmatization emerging from this crisis.”

Massey University Distinguished Professor Paul Spoonley, who leads the team analysing the data, says wellbeing has been the most important diversity issue for New Zealand workplaces for several years and now it will be critical for communities, workers, employers and businesses.

“These are extremely disruptive times and each of these sectors will have their own challenges and anxieties. It would be nice to think some of the kotahitanga (unity) and outreach will continue as we work collectively to emerge into the new normality,” he says.

Businesses who have relied on immigration to fill labour and skills shortages will also have to look at different ways to bolster their workforce, according to Professor Spoonley.

The Covid-19 crisis means the supply of temporary and permanent migrant workers to New Zealand is currently turned off.

“And it might remain turned off, depending on the visa category, for between 12 months to three years,” he says.

Maretha says this will create a demand for further investment in our local workforce.

“We would like to see New Zealand organisations more engaged with the older generation in the workforce. Employers should be talking to their wisdom workers to find out how they can retain their skills and institutional knowledge while still accommodating the different ways they may want or need to work as they age,” she says.

Fewer migrants will also mean that businesses need to more actively reach out to our younger New Zealanders. “If our economy slows down, there is a risk we could end up with more NEETs (young people not in education, employment, or training),” Smit says.

“Forward-thinking leaders should be planning now to invest in those young people and bring them into their organisations to create the workforce they need for future success.”

Key findings from the 2020 New Zealand Workplace Diversity Survey were: