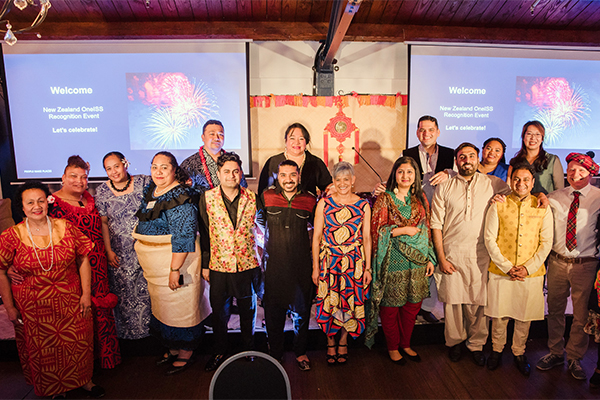 The development of inclusive leaders is a priority for ISS Facility Services New Zealand as it seeks to build an inclusive workplace that that reflects the communities it works in.

ISS is an industry-leading facility management company, providing a range of services including cleaning, food services, security, orderly, and technical services. It has headquarters in Copenhagen and operates in more than 30 countries. In New Zealand ISS directly employs approximately 1000 people, predominantly operating in healthcare.

The leadership team of ISS in New Zealand is led by Chief Operating Officer Elizabeth Turner. It’s comprised of the COO, Director of Finance, Commercial and Operations Performance Director, GM Operations, GM People & Culture, HSEQ Manager, Cleaning Performance and Operations Manager. Representation of women in the New Zealand leadership team is 43 per cent (three women and four men), in line with ISS's global target of 40 per cent. Cultural diversity is also 43 per cent, with three of the seven members having a culturally diverse background.

Elizabeth is a member of the leadership team for ISS Pacific, as well as one of the founding members of the Pacific Diversity and Inclusion (D&I) Committee. She is an active member of the global D&I community and currently the Deputy Chair of ISS's Global Gender Balance Council.

The forums all begin with a D&I Share, which also occur at the start of all Pacific and New Zealand virtual town halls. Elizabeth says the practice of D&I Shares is a simple way to ensure D&I is kept at the forefront in the minds of leaders.

“Larger strategic initiatives, including becoming a signatory of the Women’s Empowerment Principles (in Australia, New Zealand and globally) demonstrate the commitment of our most senior leaders to equity within the workplace,” says Elizabeth.

All ISS initiatives (strategic and smaller targeted initiatives) are captured within the Pacific D&I Strategy.

“In the latest iteration of the strategy for 2021-2024, we have sought to describe the effective behaviours which will be critical to our success. We understand that truly embedding cultural change requires a significant focus on the way our leaders behave,” says Elizabeth.

“Accordingly, this strategy is the initiative that specifically addresses the development of the diversity, equity and inclusion capability of our leadership team.”

Several initiatives have been implemented in New Zealand in line with this. Cultural diversity is celebrated at an annual OneISS Awards Event in Wellington through the wearing of cultural dress and the performance of traditional dance.

ISS has worked with Shine to become an accredited domestic violence free workplace, under the DVFREE™ programme. All ISS managers received training from Shine in March 2022.

The ISS Gender Balance Network’s Springboard programme was designed to support and lift up women across the organisation, in line with the company’s global target to achieve 40 per cent gender balance in leadership roles by 2025. 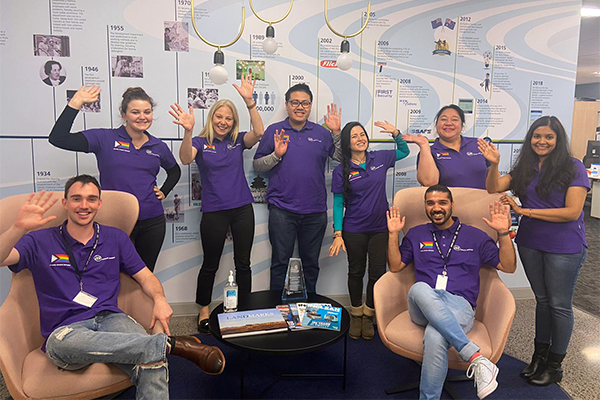 The company is a member of Amotai, an organisation that connects companies such as ISS with Māori and Pasifika businesses for procurement opportunities.

Alongside these initiatives, ISS's bonus programme incentivises all leaders to play an active role in advancing its diversity and inclusion agenda. Success measures include developing a succession plan to achieve gender parity and encouraging leaders to participate in mentorship/inclusion coaching with an ISS employee who identifies with a marginalised group.

Local, regional and global D&I networks are linked via Employer Resources Groups (ERGs) that represent the five global Dimensions of Diversity. They are gender balance, pride, culture, race and ethnicity, abilities, and generations and age.

“The dimensions clearly define our areas of focus and ensure we create a workplace for people who may have been marginalised, under-represented, experienced inequity (pay, conditions or treatment) or had barriers to employment entry. Essentially, the Dimensions of Diversity are the vehicle through which we drive real outcomes.”