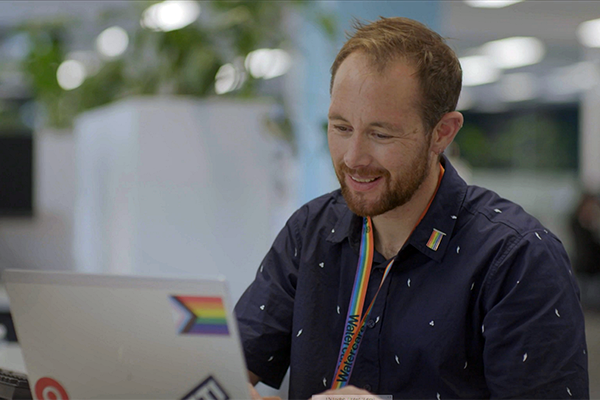 When trans man and Watercare team member Max Lawson transitioned while working for a previous employer, there were times when his anxiety around bathroom access prompted him to drive home to use the toilet.

His courage in sharing the trauma he experienced and the wisdom he gained during the transition process has been the genesis of Watercare’s new Gender Transitioning at Work Policy and the associated resources and education programme rolled out across the organisation.

People & Capability Systems Administrator Larisa Kamysheva first heard Max’s story when she selected her fellow member of the Watercare Diversity, Inclusion and Belonging committee as an empathy interviewee for a Moving Beyond Diversity workshop series she participated in.

Max transitioned 15 years prior to working at Watercare. While his employer at the time was supportive, a lack of awareness and education around the transitioning process and a power imbalance in the workplace created friction with other staff and impacted Max’s experience.

“Max shared that one of the reasons he is so out at Watercare is to try to prevent what happened to him occurring to anyone else in an organisation he works for,” says Larisa.

The pair realised that a formal policy aimed at supporting people who are gender diverse, non-binary or transitioning their gender would be a powerful mechanism to take the implicit support for gender diversity in Watercare and make it explicit, formal and non-negotiable.

It would also provide a foundation to drive education and awareness across Watercare to better enable all Rainbow and gender diverse employees to feel supported and acknowledged.

The policy was drafted in August 2021, after Larisa had conversations with trans staff, compared policies from other organisations who had done this work already and examined academic research on trans issues in the workplace. It also incorporates Rainbow Tick guidelines and information from the Employment NZ website and was written to be relevant to Watercare and the organisation’s current diversity, equity and inclusion maturity.

It includes references to medical transition information, guidelines and expectations for people leaders and policy statements relating to self-determination regarding dress code and use of bathroom facilities etc. 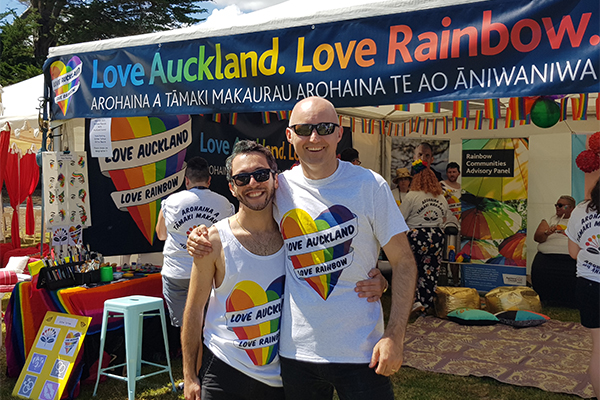 The policy was approved and endorsed by the Watercare Chief of Corporate Services and the Watercare Board before being released and a comprehensive go-live communication plan was created. It was designed to encourage a sense of celebration around gender diversity, while still ensuring employees decide when and how their information is shared.

The new policy was shared with all staff, and education sessions and workshops were held alongside two panel discussions featuring Watercare Rainbow Network members.

One team member, who is also the parent of a gender diverse young person, says, “This will be a huge step forward for the business and part of our culture. It sets the foundation of who we are.”

Larisa says it is no secret that trans people face significant discrimination both socially and in the workplace.

“We wanted to put a line in the sand and set clear expectations for managers and staff that we support and embrace our minority groups.”