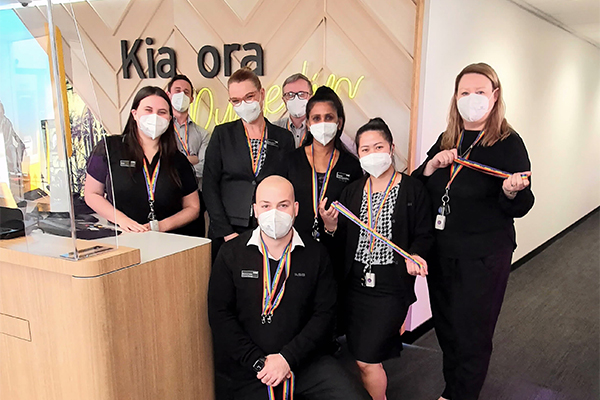 A Rainbow allyship programme at ASB Bank is giving its people the tools to create safe spaces for their Rainbow colleagues and customers.

One of New Zealand’s leading banks, ASB has more than 5500 people serving more than 1.3 million personal, business and rural customers.

The bank prides itself on being an inclusive organisation. Its Unity network group, formed in 2014, works in support of the LGBTQQIPA+ community and has led initiatives within ASB to promote diversity, inclusion and belonging and celebrate the country's Rainbow community.

With a low number of staff identifying as being part of the Rainbow community, Unity has focused its efforts in the past year on promoting allyship within the bank. Allies can support and drive Rainbow inclusion and equality by increasing knowledge and creating understanding.

One of the gaps identified, says Unity Co-Chair and Personal Banker Alex Silvester, was that not many people knew what it meant to be an ally.

To combat this, the group launched a handbook, Your Guide to Allyship, during Pride month this year.

“This guide covers what it means to be an ally, why we care at ASB, conversation starters and more. It was distributed to staff and was also converted into a learning module for ease of access,” says Alex.

Unity also created a Proud Ally Badge which staff can display on their intranet profile, providing a way to publicise who the allies are and encourage more allies within the organisation.

The allyship handbook and badge were publicised on the bank’s intranet and via a blog posted by Chief Risk Officer Carl Ferguson, who has been the executive sponsor of Unity since its inception. This work has been supported by the entire executive leadership team, with the initial request to increase the number of allies coming from CEO Vittoria Short.

Another part of the initiative was to begin listing ASB branches as safe spaces with the Safe Spaces alliance.

For a branch to be listed as a safe space, all people working at that branch must complete two Rainbow Tick modules. The ensures they understand why it is important to create a safe space for Rainbow communities.

Staff throughout the organisation can also get their own Rainbow lanyard by completing the Rainbow Tick modules and the internal learning modules about allyship.

Unity created a video where selected ASB staff and members of the Rugby Falcons, the New Zealand gay and inclusive rugby team that’s been sponsored by the bank since 2014, shared their views on inclusion and allyship. This video is playing across all of the branches, and was shared on social media during Pride.

ASB’s employee satisfaction surveys track the number of staff who identity as allies – this figure increased by 14 per cent between November 2021 and March 2022, indicating efforts to build a culture of allyship are working, says Alex. 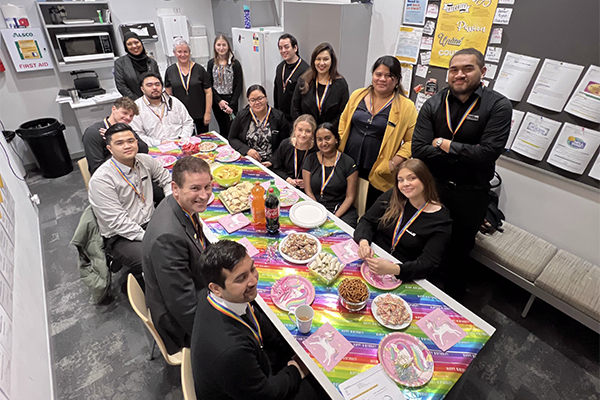 The work was also called out in the bank’s 2022 report from the Rainbow Tick, which noted:

“LGBTTQIA+ allyship is seen as one of the core focuses at ASB. Direct involvement from the Senior Leadership team shows your commitment in this area.

...ASB is perceived as a safe and inclusive workplace for LGBTTQIA+ staff. This is an important foundation in building a culture where people from the Rainbow communities can bring their whole selves to work without fear of discrimination, microaggressions and bullying.”

The bank has also received positive feedback from its people both in customer-facing roles and at head office.

“I have completed the two modules. I thought it was great and very informative. It was particularly helpful to have the videos and to understand how even asking something with good intentions doesn't mean it is an appropriate question.” Alexandra, Digital Operations Specialist

“The videos were great insights into the personal perspectives of people across our diverse community. It was great to have the reminder of how different we are and how important it is to acknowledge and respect each other.” Hayden, Regulatory Change Compliance