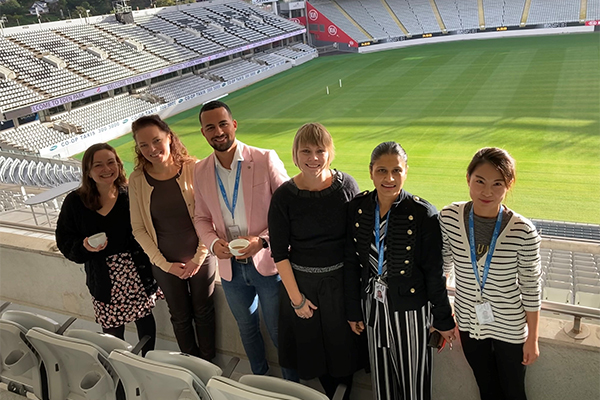 Finding employment is one of the key challenges for many migrants and refugees trying to settle in New Zealand. Despite having extensive qualifications, skills and experience, many newcomers to this country have to accept employment that is below their expertise or outside of their chosen sector.

This lack of equitable employment pathways, which has been further exacerbated by Covid-19, means the migrant and refugee communities do not have equitable access to income and other opportunities to support their wellbeing and integration into their new country, says Belong Aotearoa Chief Executive Rochana Sheward.

Belong Aotearoa (formerly known as Auckland Regional Migrant Services Charitable Trust) was formed in 2003. During the past 18 years it has supported more than 75,000 migrants and refugees who have settled in Auckland.

“Our focus is on systems change which means disrupting the ‘upstream’ conditions that are the source of inequity and exclusion for refugee-background and migrant communities – including institutional racism and discrimination – and transforming the ‘downstream’ experiences of people on the ground towards inclusion, belonging, connection and intergenerational wellbeing,” Rochana says.

Belong Aotearoa advocates for improvements to immigration policies that impact employment for these communities and to ensure employment law and policies eliminate exploitation of refugees and migrants.

When it comes to securing employment, some of the challenges people from the migrant and former refugee communities face include a job market that stresses the importance of New Zealand work experience that overlooks and undervalues the experience many have gained overseas, cultural differences in the recruitment process, and perceptions of English capabilities of these communities.

Belong Aotearoa’s internship initiative, which ran between June 2020 and June 2021, was a way to address these issues and contribute to an increased level of diversity and inclusion in New Zealand.

The programme’s objectives were to use key insights from the experiences of the interns and the employers to inform future work improving employment pathways for skilled migrants, particularly those who are ‘secondary applicants’, often the partners of the primary skilled migrant who has already found employment.

It would also support organisations to tap into an underutilised talent pool to support economic recovery post-Covid. 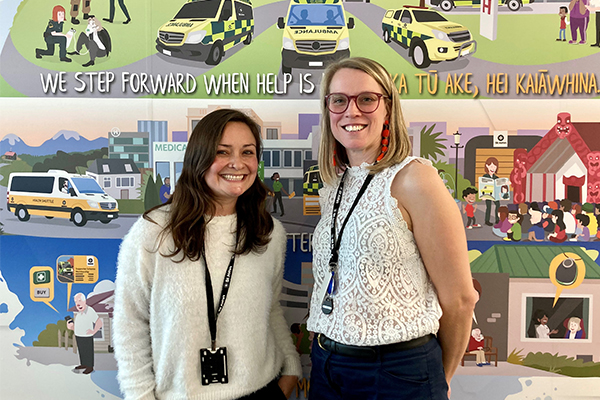 Belong Aotearoa recruited host organisations from its existing networks that could commit to taking on an intern for three months. There were 85 applicants, belonging to 12 ethnicities, for internships. Seven interns were placed in five different host organisations.

Interns were paid a living wage, with half funded by the host organisation and half covered by funding secured by Belong Aotearoa.

The organisation supported both employees and employers throughout the recruitment process and the placement.

Following the three-month period, all seven interns were employed, five by their host organisation and two secured new employment during or after their internship.

All host organisations and interns that participated in the programme said they would recommend internships to other businesses and skilled migrants as it was a way to successfully bridge the gap between employers and people seeking work.

Further evaluation of the programme found that it had supported our anecdotal evidence of diverse, highly qualified candidates with great skills, productivity, positive attitudes, fresh ideas and perspectives.

It also increased opportunities for cross-cultural learning that extends beyond the internship, with several host organisations committing to recruitment and employment pathways that are accessible to migrants.

The interns also reported increased mental wellbeing and sense of belonging by being able to contribute their skills and ideas and grow their understanding of New Zealand workplace culture. The programme opened up more opportunities for the interns by giving them local experience, references and networks.

Feedback from one of the interns was: “Having attended and tried other programmes and services that support migrants through employment, I can say this one is the only one that is really doing something meaningful for us, knocking on the door of employers, preparing them, and finding opportunities.”

Another commented: “It has been good for my mental health because I was feeling terrible. It almost feels magical.”

Prior to taking part in the programme, many of the interns had experienced racism while looking for work or had been given the impression they were taking jobs from New Zealanders, Rochana says.

“They felt many people assumed migrants are predominantly here as unskilled workers. This impacted their confidence, identity, wellbeing, sense of belonging and potential income.”

Previously, six of the interns had changed their first name when applying for jobs to avoid mispronunciation of their given name and to improve their appeal to potential employers.

“Following the internship, interns are more confident to use their first name, and confident that they can find meaningful work."