Adopting a six-hour working day has turned out to be an inspired move for Te Puke chartered accounting firm The Business Results Group (BRG), improving productivity and providing a point of difference for recruitment. 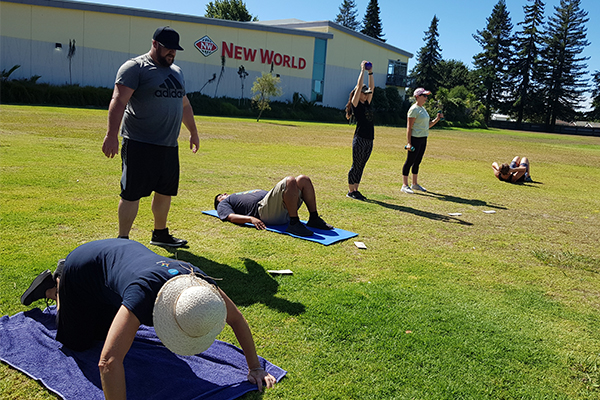 The team of 14 previously operated on a traditional 7.5-hour workday, but in January 2018, the book The Five Hour Workday, by Stephan Aarstol, proved a catalyst for changing workday hours to improve everyone’s work-life balance.

In the book, Aarstol explores the idea of “artificial constraints”, observing that when someone is encouraged to complete a task within a required time frame, they often achieved their goal.

BRG could relate. “Each December we met our IRD filing targets in 20 days so everyone could leave for their Christmas break, when in normal months it took 28 days,” says Director Trudi Ballantyne. “Could we extend this concept to an entire workday – 365 days per annum?”

The firm decided to try a six-hour workday, divided into two, three-hour blocks.

Team members were told they need only work six hours a day but would still be paid for 7.5 hours. They would work in two, three-hour blocks with an unpaid half hour break in the middle, and to maintain team cohesiveness, everyone had to work core hours of 10am to 2pm. An expectation was established that more hours might sometimes be required if a deadline was looming.

The team was also given information on how to structure their new workday. For work to be completed in less time, disruptions would need to be minimised so, as an example, people were asked to only check emails at certain points during the day.

Before implementing the new workday, the team worked to improve several key performance indicators. “The whole team was committed to this as they could see the benefits of working a shorter day but still getting paid their full wages,” says Trudi.

By September 2018, the targets had been met, and final arrangements were made to operate with reduced hours.

Because the office would close at 3pm, a neighbouring business provided a pick-up and drop-off point between then and 5pm. Clients were still able to contact company directors by phone after 3pm, and were assured that if meetings were required after 3pm, they would be accommodated.

“The feedback from clients was amazing,” says Trudi. “They all thought it was a fantastic initiative and wished they could do something similar in their own businesses.”

From the first six-hour workday on October 1, 2018, BRG worked to maintain good connections among its employees. “We did not want the office to become a factory where it was all work and no play,” Trudi says.

Fortnightly activities at 3pm every second Tuesday were introduced. They have ranged from a walk in a local park, pool and darts at the local RSA, and an art class to small-bore rifle shooting, a boot camp, and an online game competition.

“These activities have successfully maintained and strengthened the bonds between our employees,” says Trudi.

The ability to hire and retain excellent staff – the main motivation for implementing shorter workday – has already brought benefits in the quality of recruits being attracted. “It has given us a point of difference from our competitors,” says Trudi.

In the interests of improving efficiency, the firm has implemented an “innovations” award. At a monthly morning tea, it brainstorms and celebrates efficiency gains.

“Just because we have always done something a certain way, does not mean it is the best way,” says Trudi. “We have found many processes that have improved efficiency and have saved us time.” 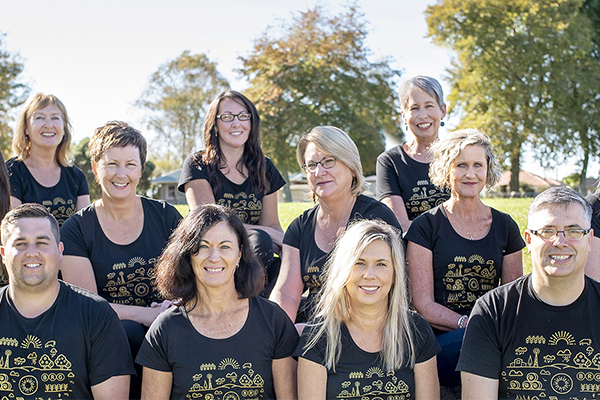 With the six-hour workday, BRG’s profitability and efficiency have improved. No team members have so far been asked to work extra hours, and everyone has more time for themselves.

Among other benefits, the six-hour workday allows people to schedule their personal appointments – haircuts, doctors, dentists, etc – outside work hours. They no longer need to interrupt their workday or ask for leave.

Parents who used to struggle to take time off to attend school assemblies or parent-teacher meetings now have the flexibility they need.

Among many examples of how the six-hour workday has changed the lives of the team, one BRG staff member has found herself with the time to manage a major home renovation, another helps her daughter with childcare and a third can cope better with a long commute.

“The work-life balance for all team members has dramatically improved,” says Trudi.

Judging convener Kirstin Te Wao says this initiative to give all staff time back for other priorities in their lives is a great way to create social cohesion in the workplace and society. “BRG collaborated with their employees and uniquely, their customers to solve any potential issues or negativity the six-hour day would create. Positive staff recruitment and retention has been a great outcome delivered through this initiative.”