Poetry – and acclaimed poet Selina Tusitala Marsh – are at the heart of a Pasifika leaders programme developed by Capability Group and Vector and shared across 12 corporate organisations. 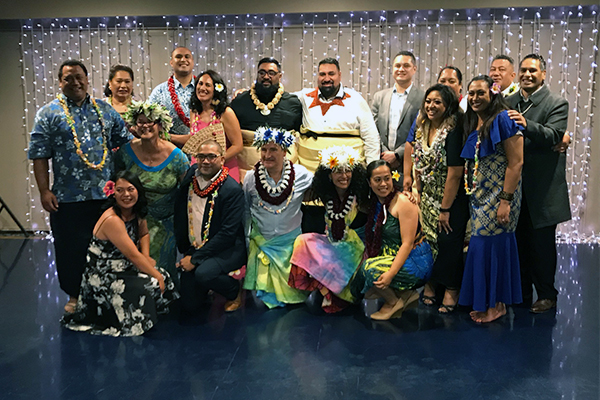 When energy distributor Vector wanted to do something about the under-representation of Pasifika employees in leadership roles, it turned to Capability Group (CGL), a learning consultancy it has worked with for several years. In partnership, the two organisations developed the Growing Pasifika Niu Leaders (GPNL) programme.

Central to its approach was a meeting between a Vector executive and poet Selina Tusitala Marsh, who was New Zealand Poet Laureate for 2017-19.

An opportunity was identified to combine the best of CGL’s leadership expertise, the Pasifika “learning mat” methodology and the power of creative poetry to create a unique programme for emerging Pasifika leaders in the corporate sector.

Along with building participants’ competence and confidence through engaging with current leadership theories and practices, GPNL was devised, in collaboration with Marsh, to use poetry as its primary tool of empowerment.

“Vector brought to the table a deep understanding of organisational context and the needs of their people leaders and Pasifika employees,” says CGL Director Drew McGuire. “Selina brought the learning mat methodology and creative poetry process, and CGL brought learning design and leadership development expertise as well as evidence-based knowledge of what works and doesn’t work when it comes to the design of leadership programmes.”

The programme was piloted in 2017 and has been enhanced through feedback and observations.

Because Vector only had a small number of Pasifika employees, GPNL was offered across a range of other organisations. That led to staff from six different employers – across a variety of industries – participating in the first cohort in 2017.

Three cohorts – 48 participants in total – have completed the programme, the most recent graduating in March 2020. A fourth cohort commenced in August 2020.

The programme, facilitated by CGL’s Fraser Buchanan alongside Marsh, runs over 10 months and includes 10 face-to-face workshops. Between workshops, participants seek to apply what they’ve learnt in their workplace, and meet to reflect on their learning and coach each other on implementing new skills and tools.

Working with Selina Tusitala Marsh, each composes their own leadership poem over the course of the programme, choosing a metaphor that best represents their passions, energies, and identities.

“Through exercise-based workshops and research-based sessions, the metaphor begins to reveal more of its wisdom to each leader as they work on their poem,” Selina explains.

The outcomes have been impressive. CGL surveyed participants and their managers from the first two cohorts, finding that 77 per cent of managers believed their team member was applying their learning from the programme either effectively or very effectively. 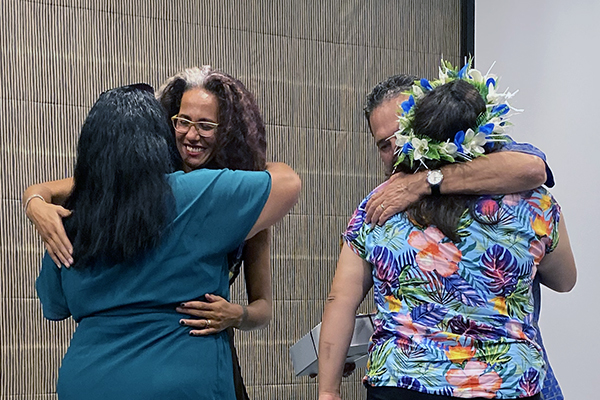 All of the managers believed any positive change in their team member’s performance and new knowledge or skills would be sustained in the long term.

In specific examples of the programme’s effects, a participant from Vector has been promoted, and credits GPNL with giving her the confidence to apply for her new role, while two participants from Chorus have stepped up into leadership positions outside of their direct roles, and are leading diversity across their organisation.

Participants told of winning promotion and recognition in their organisations, and holding greater influence, as a result of their GPNL involvement.

“I feel more positive towards the future and empowered as a Pasifika leader,” says one. “I believe more in myself and no longer have to worry about cloaking my 'Pacificness' to suit the corporate environment.”

Another says she saw herself grow into a more positive and confident Pasifika woman. “I am proud of my culture and am comfortable with embracing this in the workplace.”

Judging convener Kirstin Te Wao says the judges chose to give a highly commended accolade to this initiative because of the innovative way the programme allows people to blossom not only at work, but within all aspects of their lives. “It brings out something special in people, allowing them to become a cornerstone for change within the organisation they come from.”