Photos of staff members and quotes of encouragement in a specially-designed phrasebook made learning te reo inihua a very personal journey for MAS and its people.

MAS is a membership-based insurance and investment company for New Zealand professionals and has a staff of more than 200 around the country. 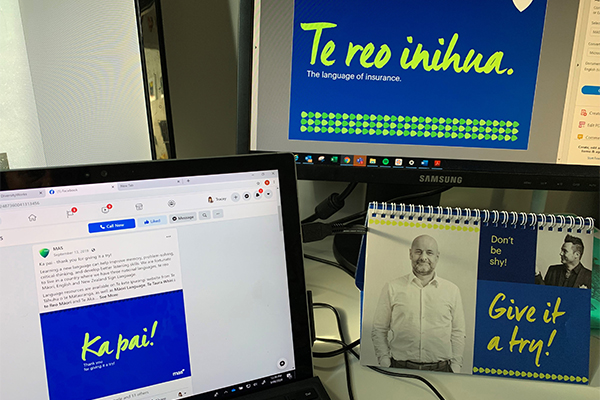 To encourage te reo Māori to be used in everyday conversations at work, two staff members collaborated to develop a phrasebook of terms that applied specifically to the world of insurance and investment.

Member Support Adviser Alanah Hight-Johnson and Direct Marketing Manager Anahera Brown and their teams identified terms and phrases that would be useful, which were then translated by a registered translator and peer reviewed.

Te Reo Inihua, the Language of Insurance was presented to staff members in both a print and digital format at the start of Te Wiki o te Reo Māori 2019. The brief was to create a resource that was easy to use and included photos of the MAS team and personal quotes of encouragement.

It was introduced on the internal staff intranet with these words: “We hope you take the opportunity to learn a little and use a little every day. Let's support each other too. Sometimes we're scared to get things wrong or look silly. We're all at different levels of competency, so teach where you can, and ask for help if you need it. Celebrating and revitalising a language that is uniquely Aotearoa is much more fun when we do it with friends. So kia kaha te reo Māori!”

Social media channels were used to let members know about the initiative, and te reo Māori was introduced into the membership magazine OnMAS, and the organisation’s automated phone answering system.

Senior Organisational Development Consultant Tracey McLaughlin says, “This people-led initiative connected directly to our strategic goal of developing quality people. It also provided positive momentum for MAS to embrace and support the revitalisation of te reo Māori, using Te Wiki o te Reo Māori 2019 as a vehicle to do this.”

Following the launch of Te Reo Inihua, there was an increased use of te reo in all levels of the organisation, including at executive level. 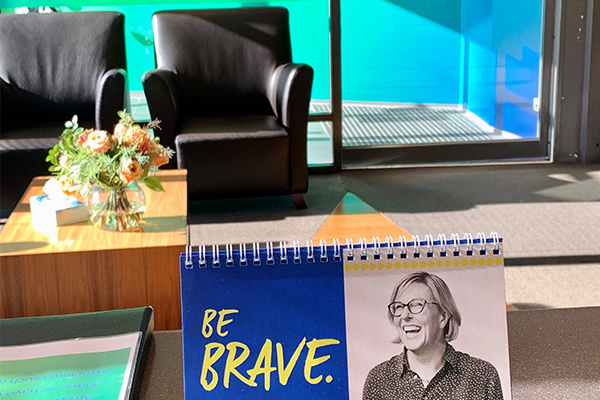 Chief Risk Officer Paul Barton, who has since left the business, was one executive who asked for peer support in his own journey learning te reo.

“Paul could often be heard around the MAS office greeting people and asking how they are in te reo Māori. This was warmly received by the team and seen as a positive influence to creating an environment where people are encouraged to give te reo Māori a go, rather than being afraid to give it a go through lack of knowledge. This demonstrated that te reo Māori is being practiced at all levels of our organisation,” says Tracey.

Appreciation for the founders of the initiative was reflected in multiple nominations for internal recognition awards. Alanah Hight-Johnson was nominated for a Go Beyond award with the following comment: “Alanah combined her love for te reo Māori and her desire to help her teammates learn in a practical and very useful staff resource.”