When Paul O’Brien took over a struggling team, he nicknamed it Wolf Pack and voted himself Wolf Mother, signalling a change that boosted morale dramatically, paving the way for huge growth.

The Partners Life Administration Services Team compromises nine per cent of the life and health insurance company’s 255 employees, and when Paul took charge in 2017 he inherited significant challenges. Most of the staff were on casual contracts and for many it was their first job. There was little development, and morale and engagement was low.

Chief People Officer Trish Meakin says Paul’s leadership of the team initially focussed on practical changes to bring it together and function better. He strongly believed that to get the best out of people, he needed to bring those on casual and fixed-term contracts into the fold as permanent employees. The entire team was transitioned onto permanent contracts. 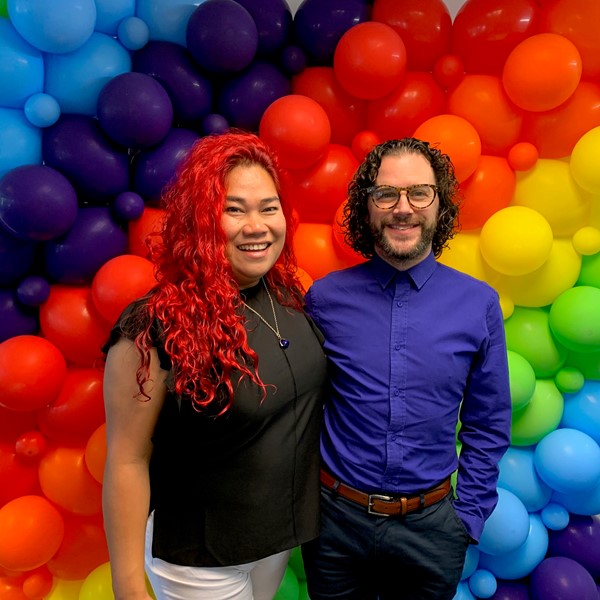 “The move from an hourly rate to a permanent salaried role was life-changing for many and the tone and attitude of the team changed overnight,” says Trish.

“Paul realised the team needed to unite under a common set of values that everyone could get behind. Through a series of workshops Paul freed his team to have honest, confronting conversations about frustrations, inefficiencies, perceptions and weaknesses within the team. Confronting these challenges openly allowed the team to find common ground and coalesce around a set of values that everyone could believe in.”

The values the team identified were both practical (accuracy, efficiency and professionalism) and emotive (respect for differences within the team). It was while working on these values that the Wolf Pack concept was created.

“This identity would shape the team’s development and growth over the next two years,” says Trish. “The admin team serves as the entry point into our company for many employees. Paul set about creating a space that would incubate new talent and launch new careers. He has mentored his new staff and successfully transitioned them into a corporate environment from school, university or different industries. Using the team’s core values and an understanding of what each employee needs, Paul has successfully inducted and aligned every new member of his team.”

As a result, the team has one of the highest engagement scores in the company. It is also one of the most diverse, with the Wolf Pack’s values stressing inclusiveness, fairness and respect.

“This diversity spans gender, race, sexuality and age. Paul has gone out of his way to ensure everyone has a home and is supported,” says Trish. “This includes instituting shift times based on each employee’s circumstances and supporting a team member to transition to working remotely from Taupo – a scenario never before considered possible in the admin team.”

Another result of Paul’s leadership is that he has invested in the team’s development to such an extent, many have moved on to new roles within the company. This has meant the admin team is increasingly seen as a valuable recruitment pool and promotes the company’s strategy of recruiting from within.

The associated high turnover of staff creates extra work for a leader, but Paul doesn’t see this as a negative.

“He takes immense pride in the success of his people and is able to point to examples throughout our business of careers where he has had an impact,” says Trish.

“Despite being the Wolf Pack’s Wolf Mother, Paul is fundamentally an unassuming leader, preferring to let his people shine instead of taking any glory for himself.”

In the same way that team members have gone on to other roles within the company, Paul has worked hard to define what a long-term career in the admin team could mean, creating leadership roles under a new structure.

“Paul understands that development and growth require consistent effort and he has been relentless in encouraging his team to keep learning to stay engaged,” says Trish.

Thanks to his leadership, what was a disparate group of shift-workers, is now an efficient, inclusive and close-knit team. Since the formation of the Wolf Pack, Paul has been nominated more times than any other staff member for Employee of the Month and Employee of the Year, with nominations coming from both his team and the wider business.