In 2017 it became clear to MediaWorks that the organisation needed to formalise strategies, frameworks, resources and activities which supported and advocated for LGBTQI+ staff and allies.

Head of the MediaWorks Foundation Sarah Cotter says that the company’s external values also needed to match internal company culture. This began a multi-year strategy for improving the organisation’s relationships with Rainbow communities internally as well as across the country.

MediaWorks is one of New Zealand’s largest media companies, and operates a number of well-known media brands, including THREE, Newshub andThe Edge, across online, television, and radio mediums. 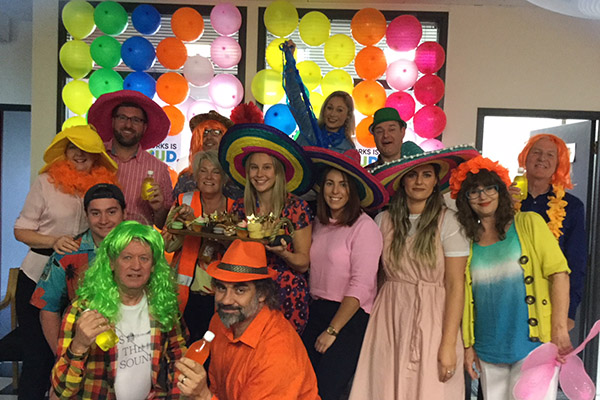 The company’s first step was to establish an internal committee for LGBTQI+ relations, the Pride@Work team. After its establishment late in 2017, Pride@Work quickly set up a strategy for championing the Rainbow community in the organisation and externally through its channels and brands.

The internal strategies included Rainbow Tick accreditation, a review of all policies and recruitment practices, and staff training workshops across the business. The job application process for the company was also updated to require that all applicants must agree on fundamental principles of acceptance in the workplace. All of this came as part of a broader Diversity and Inclusion policy, supported by the Board of Directors and the Executive Team.

Externally, MediaWorks used its major brands to promote and support the Rainbow community. This included a national media campaign during Pride month, the development of The Outlook, a Newshub podcast series covering Rainbow news and entertainment, and strategic partnerships with ally organisations such as the NZ AIDS Foundation, the Big Gay Out and RainbowYOUTH.

Pride was a very important part of the Pride@Work team’s strategy. For the first time in 29 years, MediaWorks visibly supported Pride internally and externally on as many platforms as possible. Internally, there was a company-wide Pride celebration and staff included a "PROUD” logo on their email signatures. Externally, the company developed a media campaign that ran across its major brands for two weeks during Pride month. 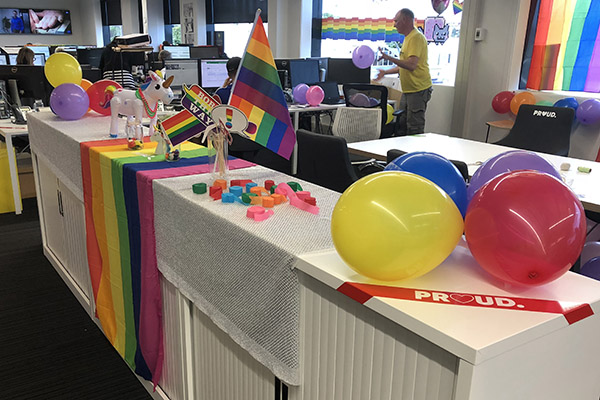 These strategies garnered support internally and externally. Internally, 87 per cent of staff answered favourably to the statement “MediaWorks is a safe and inclusive place for me,” and the Diversity and Inclusion section achieved the highest favourable score in MediaWorks’ annual engagement survey.

The judging panel commended MediaWorks on identifying and closing the gap between the commitment it had made to the LGBTQI+ community and the actions that been taken. The multi-platform, integrated programme rolled out encompassed inclusion for employees and leveraged MediaWorks’ brand reach to extend the messages and impact into the community.