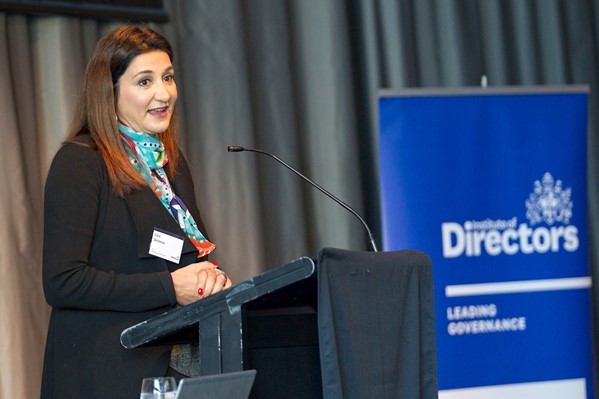 Lisa has recently returned from presenting DCA’s portfolio of cultural diversity research at UNESCO, United Nations Alliance convention in Baku, Azerbaijan. Named one of the Australian Financial Review’s 100 Women of Influence in 2018, she is an expert on mainstreaming flexible working inside organisations as a core foundation of inclusive workplaces. 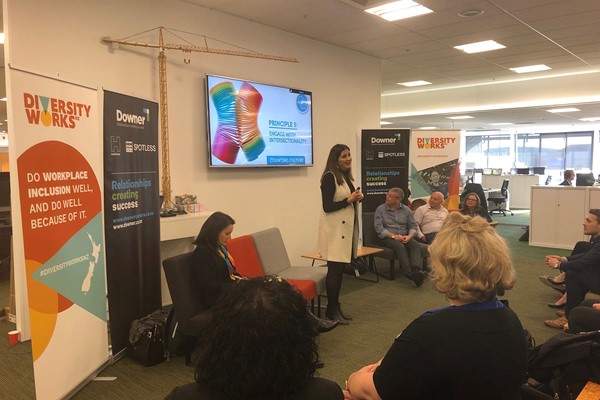 She spoke about workplace inclusion trends in Australia at the Trans-Tasman Perspectives on Workplace Diversity breakfast event hosted by Downer New Zealand, where the core themes were women’s pay, participation and promotion.

She also presented at the Institute of Directors Lessons From Australia breakfast, answering questions around diversity targets and best ways to encourage sceptics to engage with workplace inclusion. 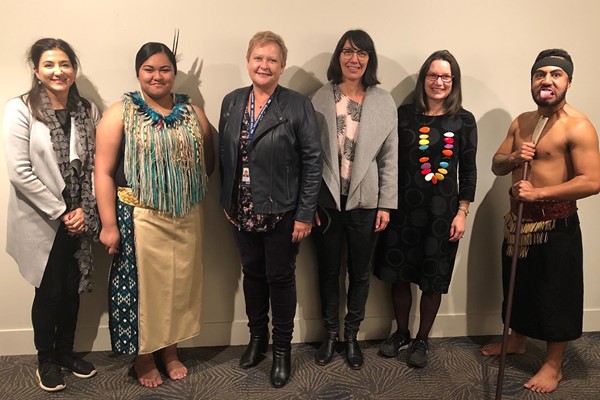 She shared her views on the biggest diversity and inclusion issues in Australia with the NZ Herald, saying that Australian and New Zealand organisations can learn from each other in building gender-equal workplaces. Lisa also spoke to Radio New Zealand host Jesse Mulligan on why the gender pay gap is worse across the Tasman.

Lisa also had the opportunity to meet with Diversity Works New Zealand’s Trustees, Alliance Partners and 2019 Diversity Awards NZ™ judges, before presenting our Walk the Talk winners with their awards at our Gala Dinner. 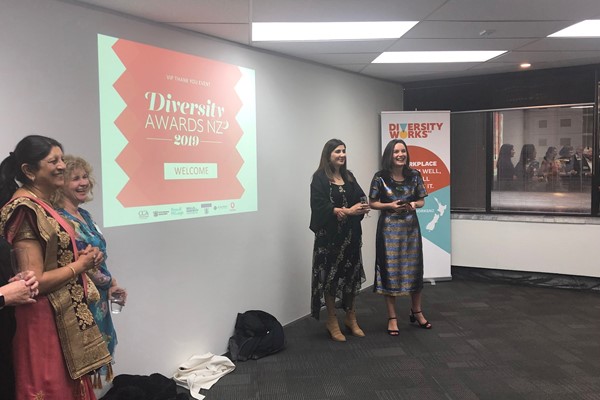 Then, before she got back on the plane, she attended an invitation-only lunch at Meredith Connell, where senior diversity practitioners discussed “what’s next”, the challenges and opportunities ahead.

The Diversity Council Australia is a sister-organisation to Diversity Works New Zealand, offering research-based advice to Australian organisations about the benefits of diversity and inclusion. It also advocates in the sector, including contributing to the same-sex marriage campaign and the constitutional recognition of indigenous people. 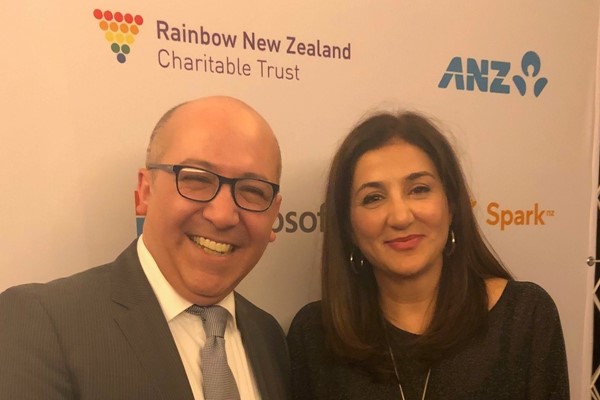