Love, belonging, vulnerability and purpose aren’t words you traditionally hear often when it comes to talking business strategy, but since joining Yellow NZ Ltd in 2018, Tracey Taylor has changed that.

The Chief Experience Officer for the digital marketing agency was committed to bringing people into the heart of the company’s business strategy from day one, and models a very personal type of leadership. 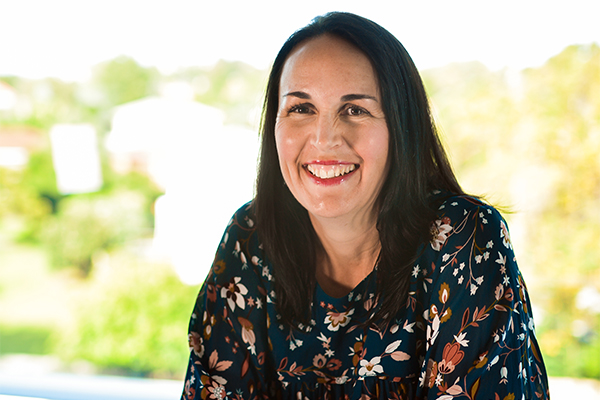 People Experience Partner Jovita Stellmacher says, “Tracey firmly believes that people are the strategy and that if we show love to people in the workplace, we’ll get the commercial results.”

“Tracey encourages people to champion a diverse workforce by role-modelling this in an authentic and heartfelt way. When Tracey joined Yellow, she introduced us to new language such as love, belonging, vulnerability and purpose. These terms have now become embedded in who we are as a business and how we work with one another.

“This has hugely influenced the direction of Yellow to be more people-focused. She has guided our executive and leadership teams in a new direction and this has had a ripple effect throughout all levels and departments within the business. People are much more open and are building relationships across the business as opposed to only within their immediate teams. This has had an extremely positive impact on our culture.”

Under Tracey’s leadership, the company engagement score lifted by 12 per cent within eight months.

A number of significant initiatives were implemented as part of the people strategy. These included introducing diversity and inclusion as a core focus.

“Tracey’s point of difference is how she leads with vulnerability, kindness and heart, and how she genuinely wants everyone at Yellow, regardless of their personal demographics and background, to feel included, safe, have a sense of belonging, and to be able to thrive,” says Jovita.

“Tracey is brave and stays true to her values in everything she does. This means having sometimes uncomfortable and difficult conversations but this is something Tracey does not shy away from, to ensure the right outcome is reached for our people. Tough conversations are had with respect, and kindness.”

After completing unconscious bias training herself, Tracey decided to make it available to everyone in the company.

“The response was overwhelmingly positive,” says Jovita. “People felt valued and that they were being invested in, when often this sort of learning and development is only made available to leadership teams.”

Tracey is the founder of Yellow’s Parallel Project, a programme created to address the lack of women in leadership in New Zealand by creating a culture where women have a voice and young females are encouraged to fulfil their potential. The project’s mission includes going beyond Yellow, to drive positive change in New Zealand based on the programmes key pillars of inclusion, opportunity and change.

“During Tracey’s time at Yellow, a number of our people, particularly some of our women, have excelled tremendously as a result of her support and encouragement. This has also led to us having a more gender-balanced leadership team across our middle and senior and executive levels,” says Jovita.

Tracey was a key influence in Yellow’s partnership with TupuToa, an organisation that assists the future career path of Māori and Pasifika tertiary students by facilitating paid internships with corporates. That partnership includes free office space and the gift of a car. Since Tracey joined Yellow, the company has taken on seven TupuToa interns, six of whom went on to get full-time or casual employment with Yellow.

The initiative also helped guide Yellow into the disability awareness space. Tracey made it a priority area within the organisation’s diversity and inclusion programme with the employment of TupuToa intern Alicia Kapa. 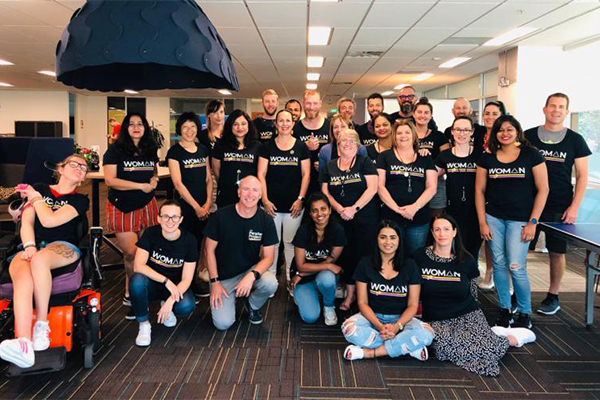 “Tracey showed no hesitation in simply ‘saying yes’ and figuring out the ‘how’ later. Turns out there wasn’t much figuring out to do at all and Alicia quickly became part of our Yellow whanau. Alicia is now employed on a part-time basis with us whilst she continues her university degree,” says Jovita.

Last year Yellow exceeded its EBITDA (Earnings Before Interest, Taxes, Depreciation, and Amortization) targets for the first time in several years and is on track to do so again. Jovita says the company sees a direct connection between this and its people-focused strategy.

“The long-term outcome of Tracey’s influence is that we have a business full of people who feel valued and respected, who are empowered to thrive as individuals and who are not held back because of their demographics, backgrounds, or beliefs. In direct correlation with this we will have a high-performing workplace and a financially successful business.”

Judging convener Kirstin Te Wao says Tracey brings aroha (love) and wairua (spirit) as the driving force behind Yellow’s diversity and inclusion strategy, which is having a positive impact on its people, business performance and many of the clients the company works with. “Tracey is an authentic, heart-led leader, strong enough to tackle the tough issues yet humble enough to admit when the organisation has gotten something wrong and then go on to create something wonderful out of it.”