Through committed leadership in diversity and inclusion, Commissioner and Chief Executive of Inland Revenue Naomi Ferguson has created a workplace where giving everyone the chance to achieve their full potential is now central to the organisation’s culture. 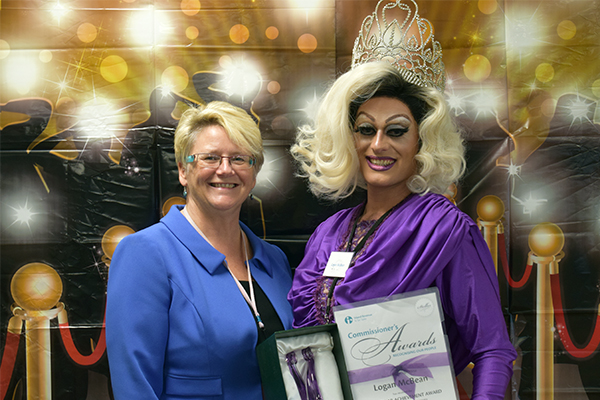 Naomi has been in the role since 2012 and actively promotes and supports diversity and inclusion initiatives and programmes within Inland Revenue (IR). Her influence has been felt widely across the public sector and within the international tax community, where she has encouraged positive change. At staff events her encouraging presence and hands-on approach, including a willingness to learn Pasifika dance moves, has delighted her team.

Under Naomi’s leadership a raft of diversity and inclusion initiatives have been introduced to IR. These include the establishment of a Principal Advisor Diversity and Inclusion role, and championing an action plan to reduce gender and ethnic pay gaps. This includes strategies to attract, develop and retain people, and create a more flexible and whānau-friendly workplace.

Principal Advisor Diversity and Inclusion Anna Paris says, “Naomi places an emphasis on encouraging others. She believes everyone has an important role to play in creating a diverse and inclusive workplace where everyone can achieve their full potential.”

Naomi is an active supporter of employee-led diversity and inclusion networks which have helped build an inclusive culture.

Morgan Kelly from IR’s Rainbow Network says, "Naomi sat and listened to us to understand how people honestly feel trying to bring their whole selves to work. It would be easy for her to focus on only the positives. However, it’s clear from Naomi's involvement at IR and in cross-agency work that she is genuinely committed to inclusion for Rainbow staff and customers.”

Such commitment from senior leadership has had a significant impact on progressing IR’s diversity and inclusion journey. Last year it assessed its progress against the Global Diversity and Inclusion Benchmarks and IR progressed from Level 2 ‘reactive’ to a Level 3 ‘proactive’ organisation.

The diversity and inclusion section saw the biggest improvement in IR’s most recent engagement survey, increasing by eight per cent. 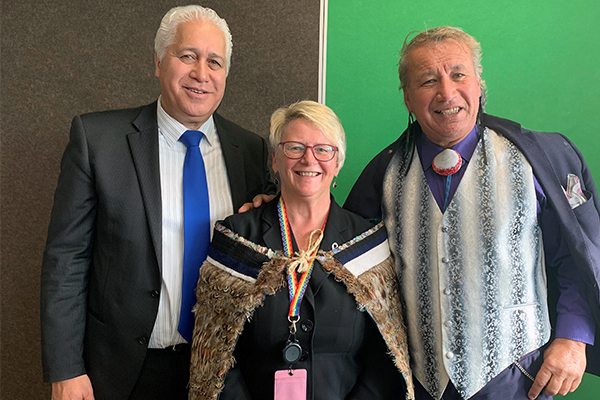 Naomi’s influence extends across the public sector and the international tax community. She co-leads the Papa Pounamu Diversity and Inclusion Programme, a collective commitment by chief executives to building a diverse and inclusive public service. Under Naomi’s co-leadership, Papa Pounamu has created sustained change through initiatives including: Supporting the Accessibility Charter, which commits Government chief executives and their agencies to providing accessible information and online tools; building commitment and capability amongst chief executives through regular workshops on supporting diversity and inclusion within the workplace; and introducing the Panel Pledge within agencies to address the lack of diverse representation at conferences, symposiums and forums.

In 2015, Naomi was instrumental in setting up the Government Women’s Network (GWN), which offers learning opportunities and annual summits, where women in the public service come together for career support. She is both champion and sponsor and has seen the network grow to 2,330 members.

GWN chair Ruth Shinoda says, “As GWN’s sponsor, Naomi plays a huge part in our success, sharing our stories and progress with her CE colleagues in the public sector, participating in our events and initiatives, and demonstrating an active commitment to diversity and inclusion in all her engagements. Her leadership provides an important catalyst for growing GWN’s membership and the visibility to expand our reach.”

Naomi is recognised within the international tax community as a leader in tax and an advocate and role model, encouraging more women to enter the field. She leads the worldwide Forum on Tax Administration (FTA) Gender Balance Network, established in 2019 to improve gender balance in leadership positions in tax administrations. Naomi is head of the organisation’s advisory group, with members from Singapore, Canada, Argentina and Norway. The group is supported by Gender Balance Champions representing around 30 countries.