For a teenager, the journey to being accepted as a recruit by the New Zealand Police can seem an unlikely one, especially for young Māori and Pacific Islanders.

But a Police Pathway Programme for Year 13 high-school students is helping the police reach a broader and more diverse group of potential recruits than its traditional marketing ever could. 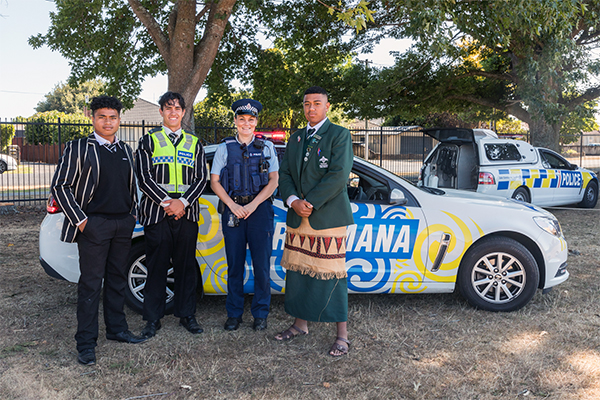 Now offered to 61 schools, the programme provides young people with an invaluable understanding of what it means to be a police officer – and has led to an increase in enquiries and applications received by police from young Māori and Pacific applicants in the areas that the course has been delivered.

An NZQA elective course offered in partnership with New Zealand Police, the programme provides an opportunity for students to gain up to 26 NCEA Level 3 credits by completing standards in areas such as interviewing skills, team work, physical activity, mental health and wellbeing, communication skills, and legislation.

“This is evidenced through the number of applications and enquiries from students who completed the course, or had access to the course within their school,” she says.

The Royal New Zealand Police College worked with Rotorua Boys’ and Girls’ High Schools to pilot the programme in 2018, adapting a curriculum from some of that used for police trainees, and delivering it to more than 40 students. Seventy per cent of those who enrolled identified as Māori or Pacifica.

Positively received in Rotorua, the course was formally launched the following year, when nine schools were enrolled to deliver it and, in 2020, it has been offered to 61 secondary schools across the North Island, strongly supported by the Police People and Capability leadership team, and by local District Commanders.

Paula says with the rapid uptake, the organisation quickly learned that dedicated staff were required to support the courses. Genuine “buy-in” was needed locally. “It was crucial that the officers who would represent our organisation on the ground not only had the skills to drive the course, but embodied everything that we are looking for in our future officers.”

Participants in the programme have had the chance to work closely with local police staff. Their experiences range from mock breath-test stops and station tours to physical-fitness days.

Allannah Tapara’s experiences on the course gave the Rotorua Girls’ High School student the tools she needed to persuade her parents that a career in New Zealand Police could provide her the platform to give back and provide service to her hāpu, iwi and the wider Rotorua community. And, as an example of how the course has motivated some students to take charge of their personal wellbeing and health, another young student from Birkenhead College in Auckland has told of losing more than 20 kilograms while enrolled. 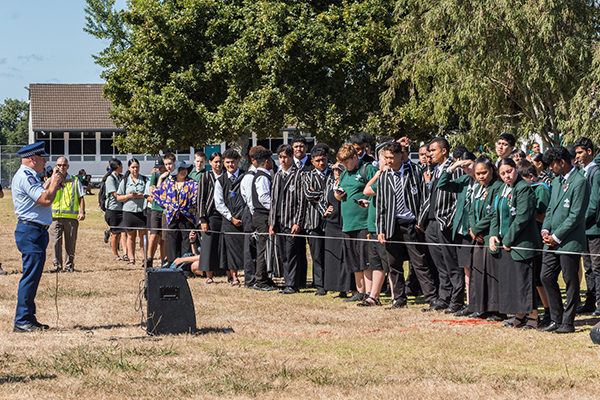 Along with the benefits experienced by participants, the programme has been a success for the police organisation itself.

“Though we as an organisation continue to work through the challenges of delivering the course in communities entrenched in crime and gang activity, real inroads have already been achieved by changing the narrative and perspective in which youth speak about our organisation,” says Paula.

Sergeant Shane Tailby from Kawerau Police says the programme helps to demystify police roles, and has other benefits. During the implementation of the programme within Tarawera High School, police noticed the challenges many students faced. These included family harm, friends being seriously injured in road accidents and community members in prison. Through the programme, students also begin to see staff in a different light, thus developing a positive bond.

The potential to spread those kinds of benefits more widely has been well recognised. “We are already planning for the future,” says Paula, “and striving to deliver the Police Pathway programme to more schools throughout Aotearoa.”

Judging convener Kirstin Te Wao says the judges felt New Zealand Police are not only growing a community-centric talent pipeline throughout the regions to sustain their workforce in the future, but also opening up an honest discussion about the attitudes young Kiwis have towards the organisation and how it deals with rangatahi and their whānau. “The programme kicked off quickly but has gained momentum and impressive growth, to the extent it now has buy-in from across Police districts.”