When Yellow NZ Ltd sought guidance on how to incorporate disability awareness and inclusion into their business, the advice was clear – hire someone with a disability. 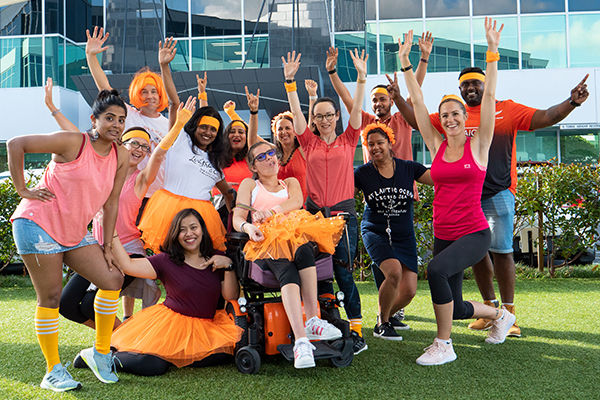 So they did. Alicia Kapa has cerebral palsy and initially joined the print and digital marketing company as an intern, and has since become an employee while completing tertiary study. The opportunity to work at Yellow has changed Alicia’s expectations of the opportunities available for her in the workplace, and has given the business a valuable employee who provides a new and very personal perspective on the value of diversity and inclusion.

People and Experience Partner Jovita Stellmacher says disability awareness was an area Yellow knew it wanted to prioritise when it started working on a diversity and inclusion strategy.

“Not only did we want to ensure we had a culture and work environment where our current staff who live with disabilities or impairments feel wholly embraced as they are, and able to perform to their potential. We also wanted to be recognised as a workplace that authentically values all individuals, regardless of their background, demographics, experience, disabilities and abilities, in the hope that this same diverse range of people would consider us as a place where they could work and add value,” she says.

Building that culture and environment began with awareness workshops run by by Te Pou and CCS Disability for Yellow’s 150 staff and sharing educational posts on its internal Facebook platform. When the company reached out to external companies specialising in disability awareness and inclusion on what its priorities should be, the advice was clear – the best way to include people with disabilities or impairments is to hire them into the organisation.

Jovita says hiring Alicia as an intern through one of Yellow’s partner organisations TupuToa, was the beginning of a mutually beneficial relationship.

“Our people have particularly benefited from having Alicia at Yellow, not only because of the awareness that she brings around disability but also simply because she is a real asset. Since joining as an employee, Alicia has rotated around various teams to learn from and support those teams with their key projects. Without exception, Alicia has added value with her insights, intelligence and outstanding work ethic,” she says.

“Alicia has also personally benefited as this has been her first job outside of university and has given her valuable work experience which she will be able to take to any future jobs once she completes her degree.” 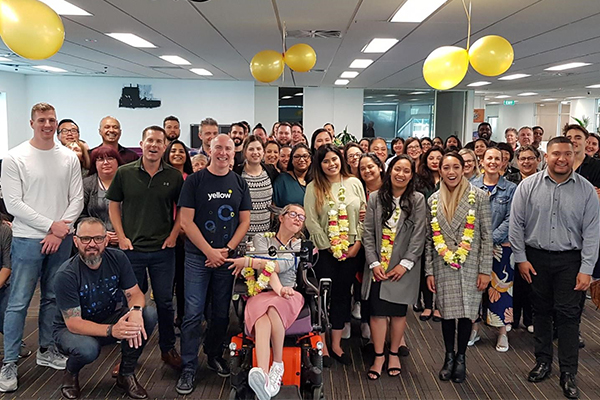 Chief Experience Officer Tracey Taylor hired Alicia, supported by other executive leaders who actively promote the building of a culture that is authentically inclusive and diverse. Alicia’s appointment was welcomed by everyone across the business, and open conversations were held with people who admitted they felt uncertain about how to act and what to say around her.

“However it is safe to say these concerns disappeared almost instantly when people interacted with Alicia and realised there were no barriers to overcome,” says Jovita.

“It has also given many people a greater understanding of disabilities in general by providing them an opportunity to address and learn about some of the common misconceptions that are held about disability. It has meant people are able to be vulnerable and admit when they don’t know what to say or how to act, which leads to conversation and shared learning. This heightened understanding and awareness is also beneficial outside of Yellow to empower us to be inclusive when meeting and interacting with people with disabilities.”