With the total value of New Zealand’s wine exports surpassing $1.7 billion and continuing to climb, producers need to keep an eye on the future and make sure there is enough local talent to keep up with the global demand.

Constellation Brands New Zealand is a subsidiary of an international producer and marketer of beer, wine and spirits based in the United States. In New Zealand, it employs nearly 300 people in three wineries, a head office in Auckland, vineyards in Marlborough, Hawke’s Bay and Central Otago and a sales team scattered all over the country.

Its cadet programme began in Marlborough in 2012 as a way of identifying and training local talent. It gives young people and those outside the industry a chance to explore the possibilities within the wine industry during a year of paid training. Marlborough is the company’s largest employment base and a challenging employment market as it has one of the highest unemployment rates in the country. 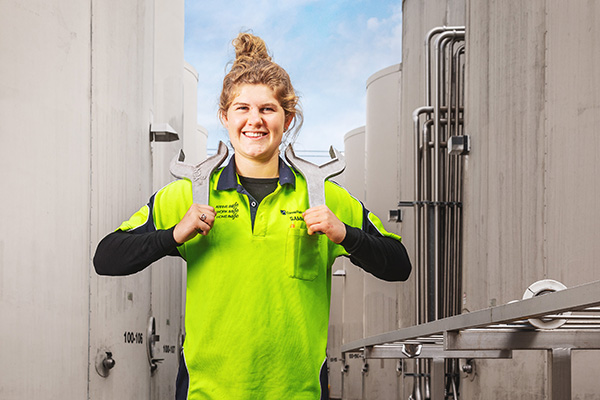 The success of the programme saw it extended to Hawkes Bay, and the following year two places were set aside for Auckland, offering experience across warehousing, production and production winemaking. Today, there is a consistent structure over Hawkes Bay and Marlborough (although Auckland operations have ceased). At any given time, there are between six and 10 cadets.

About 20 per cent of the more than 60 people who have completed the cadetship programme have been offered permanent work. Those who aren't offered employment leave fully trained and qualified to work in most New Zealand vineyards and wineries.

Vice President Human Resources Julie Bassett says some of the company’s best staff have risen through the cadetship programme.

“With more than 60 cadets having participated in the programme, this is a huge investment in training and qualifications,” she says.

Rob Lane participated in the programme in 2014 after a career change from marketing. Rising through the ranks as a cellar hand, then cellar supervisor, he has recently been promoted to production winemaker. Constellation also supported Rob through a post-graduate degree in Oenology. 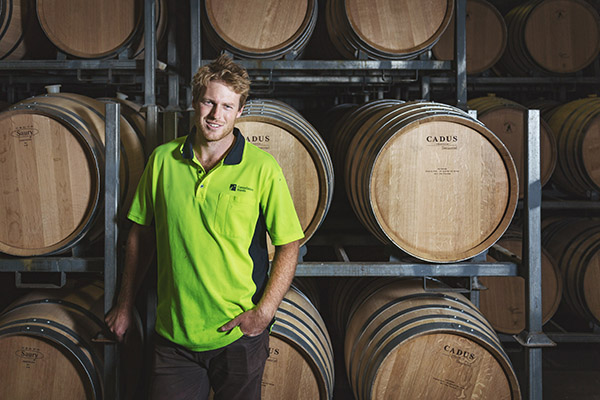 Kate Dilrew started with Constellation as a cadet in 2013, then took a brief break to study. She returned in 2017 as a vineyard operator, and was promoted last year to viticulture technician and recently completed a bachelor’s degree from Lincoln University.

Cadets meet with members of the executive team on induction day and at an adjoining dinner, and the programme is well-resourced from within the company. As well as paying participants from day one of the cadetship, the company covers the cost of all training modules with third parties (St Johns, Competenz, Primary ITO), while offering paid time to study. The opportunity to work alongside and learn from existing staff has mutual benefits.

“Many areas of the business look forward to the time the cadets spend with them, and follow their progress through the cadetship with interest,” says Julie.

“This programme is an investment in the future of the company, the industry and New Zealand. This is critical in helping to fuel a growing industry with a labour shortage in Marlborough.”

The judging panel said this was a well-designed programme with the greater good of the industry and regions at its heart, that invested in developing capability creating pathways for both younger workers and those looking for a career change.